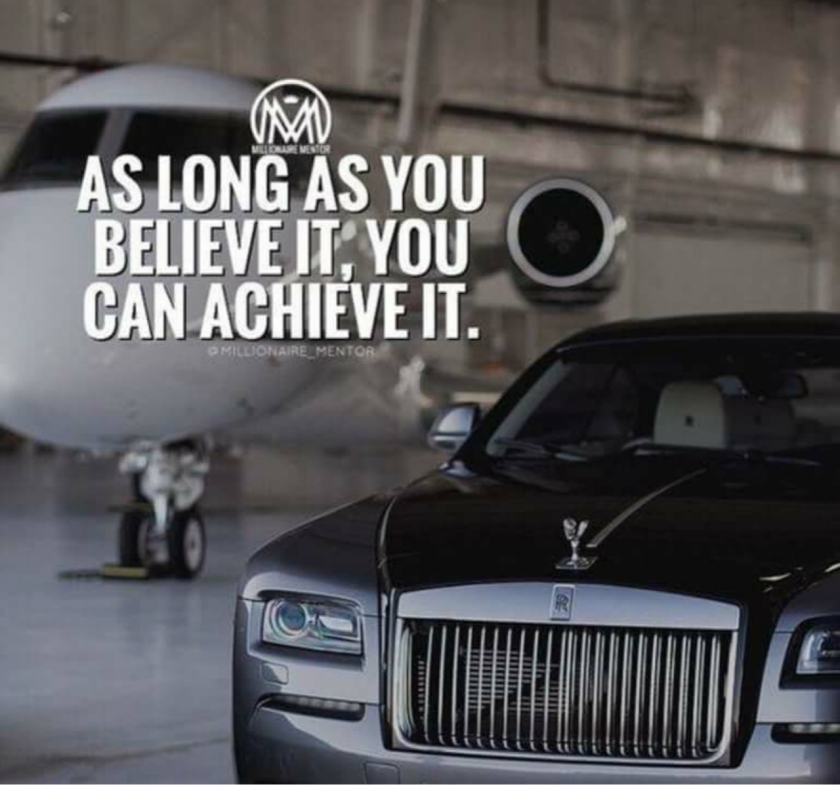 As long you can see and believe then you can achieve it. keep on pushing toward your dreams and make it reality. 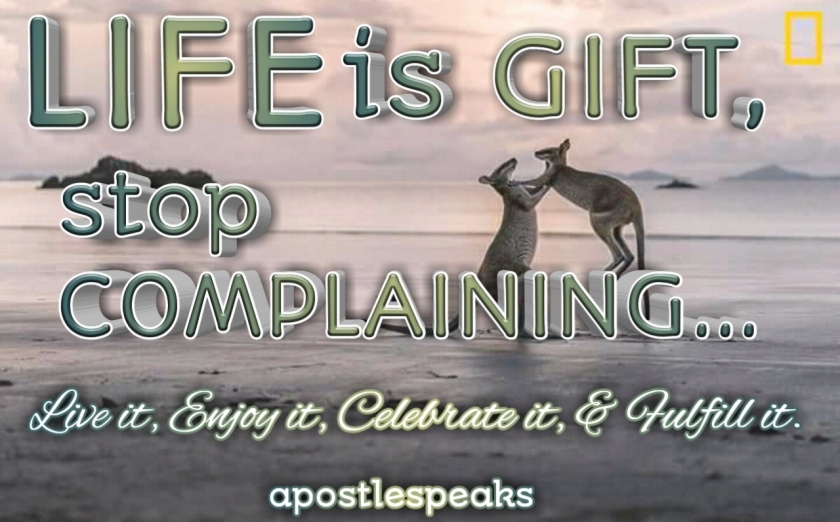 Hello world, welcome to another gift of GOD to us. Be grateful to GOD and Start the day with a positive mind, positive attitude towards everyone.

Here is my tidbit for today LIFE IS GIFT, STOP COMPLAINING….

Life Is A Gift

Today before you think of saying an unkind word–
think of someone who can’t speak.

Before you complain about the taste of your food–
think of someone who has nothing to eat.

Before you complain about your husband or wife–
think of someone who is crying out to God for a companion.

Today before you complain about life–
think of someone who went too early to heaven.

Before you complain about your children–
think of someone who desires children but they’re barren.

Before you argue about your dirty house, someone didn’t clean or sweep–
think of the people who are living in the streets.

Before whining about the distance you drive–
think of someone who walks the same distance with their feet.

And when you are tired and complain about your job–
think of the unemployed, the disabled and those who wished they had your job.

But before you think of pointing the finger or condemning another–
remember that not one of us are without sin and we all answer to one maker.

And when depressing thoughts seem to get you down–
put a smile on your face and thank God you’re alive and still around.

Life is a gift – Live it, Enjoy it, Celebrate it, and Fulfill it.

GOD BLESS YOU and have a joyful weekend 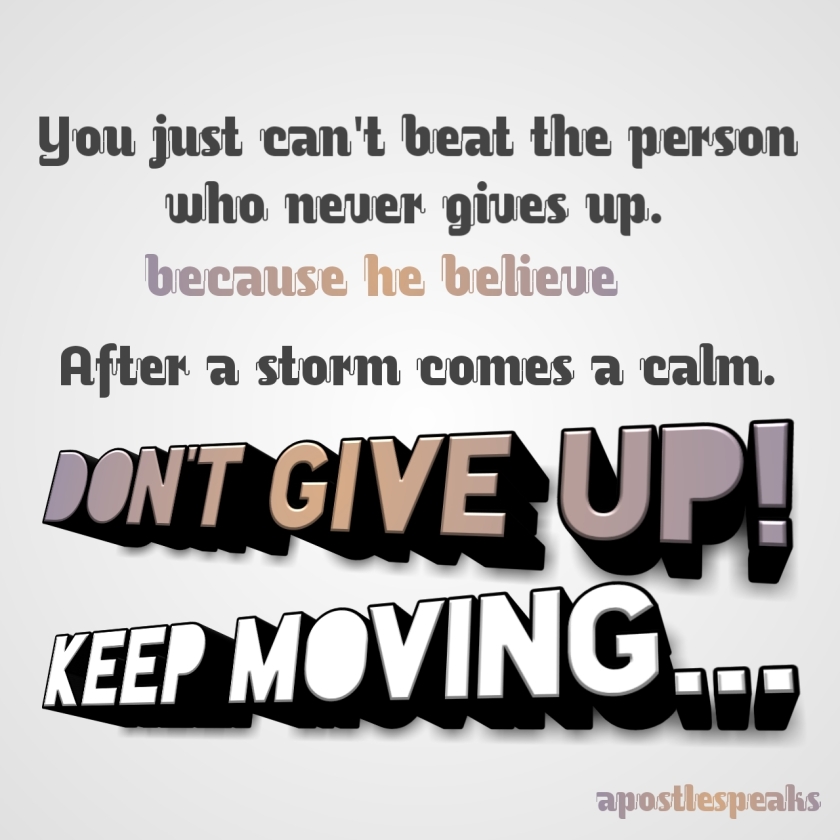 Hello world, welcome every morning with a smile and be grateful to God. Look on the new day as another special gift from your maker, another golden opportunity to complete what you were unable to finish yesterday.

Here is my tidbit for today you just can’t beat the person who never give up because he believe after a storm comes a calm. Don’t give up! keep moving…

Life is not a easy journey, it require total determination to sojourn to the top in life so it is time to give up because of a setback or failure instead keep moving towards your goal.

God bless you and do have favorable day. 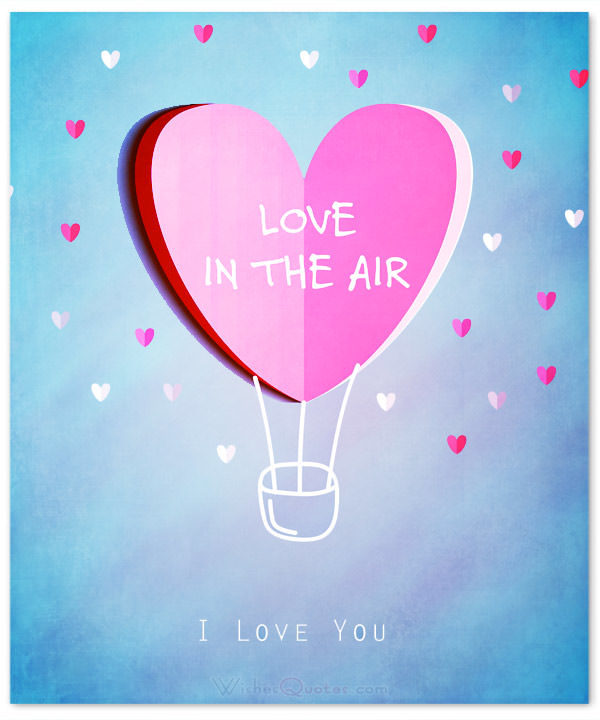 Hello world, it is another day and a special day for love to be celebrate. Let us appreciate the love of GOD over our lives by saying thank you Lord and live our life as an expression of love.

Here is my tidbit the best part of Valentine’s Day is the opportunity to express all the love that I have in my heart for you. So i decide to write a poem for you

True love is the ultimate experience that many are never so fortunate to find. Today is the perfect time to tell you how special and important you are to me! Love is friendship set on fire and you are my spark.
Love can be fleeting and fragile but when treated as something precious and not taken for granted, it becomes something truly amazing. The amazing relationship we share is strong on each day
You are mine for today, for tomorrow and forever my tresure.
I’ll always cherish you!

Please remember that my affection for you is a promise – once it have been given, it should never be forgotten or taken away. I give you my heart and promise to love you forever.
Thank you for being my amazing, sweet and kind treasure to me.
You showed me that it’s not the big things that matter in life, but it’s the small things that make a world of a difference! This is a small gesture to express my endless love for you!
I’ve read many stories and watched countless movies but none come close to the love we share. Thank you for creating my very own fairytale.
ToDay is about love to express so much more than just my affection for you. It’s a time to value those who have always been there, just as you have always been for me when I needed you most.
You are so special to me, and I cannot imagine a single day without you in my life nor would I ever want to! Thank you for every day you devote to our love.
You’re amazing in every way and I’m so blessed to have you as my companion. You fills my life with sweetness and love that cannot be measured. You’ll always have a special place in my heart.
Every day I wake up and I think to myself “What have I done to deserve such joy?” I cherish you,to the angel of my life!
I takes this moment to appreciate all of the wonderful things about the relationship we share. You’re a wonderful and caring person and I’m so thankful to be your crown. I cherish you always…. JOYCE! 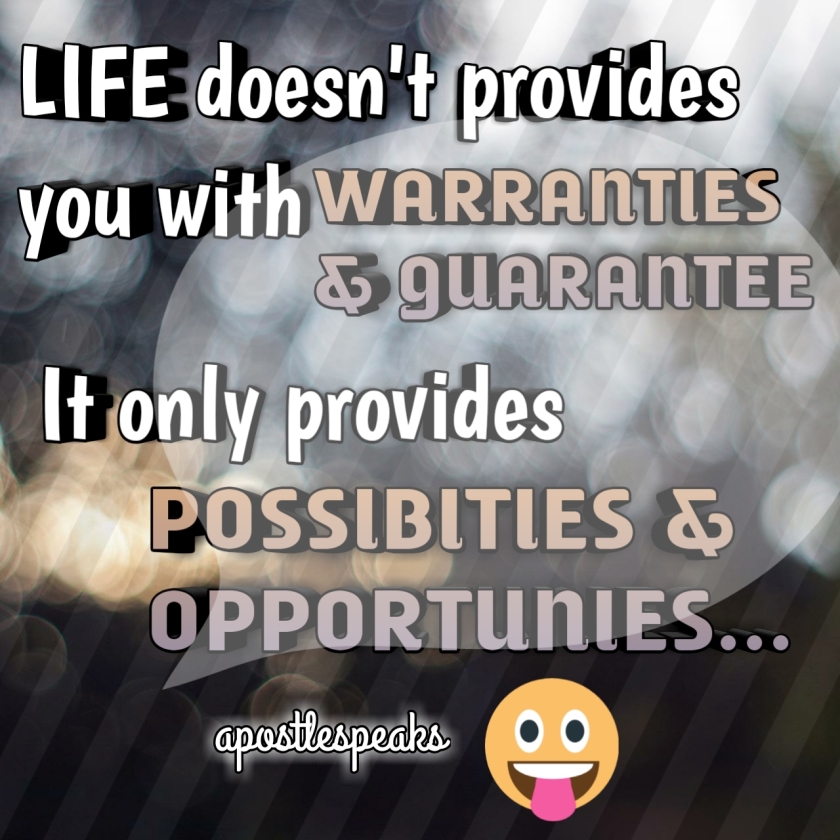 Hello world, Welcome to another day. Being alive is the greatest gift of GOD to us, let us be grateful and thankful to the LORD for His banner over us is Love.

Here is my tidbit for today LIFE doesn’t provides you with WARRANTIES AND GUARANTEE, it only provides POSSIBILITIES AND OPPORTUNTIES.

In life anything that has worth is never come free, it require a great effort to achieve. Life doesn’t provide you with warranties and guarantee, it only provides possibilities and opportunities for those who dare to make best use of their life. It is high time you took the rudder of your ship of your life and sail to the place of destiny by making use of the opportunities that life has offer you. Don’t waste it anymore, take the advantage whether big or small and live a great life that the generation to come will hear, talk about and bless you.

GOD BLESS YOU and do have a joyful day.

from your humble friend, 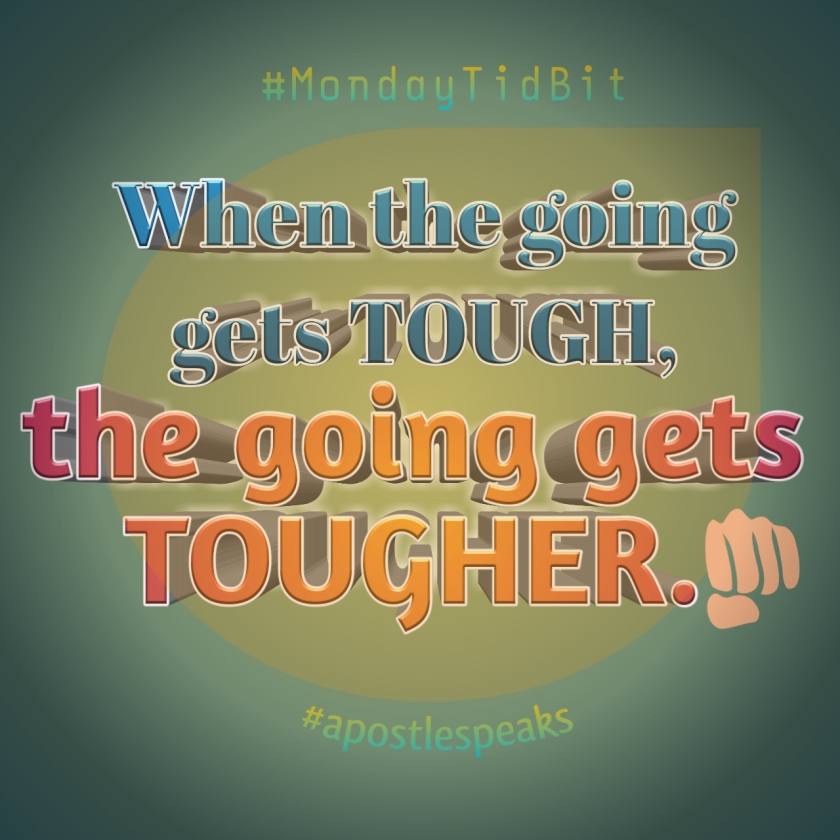 Hello world, it is another day fill with hope… let go out with positive mind and do our best to make today count.

Here is my monday tidbit when the going gets tough, the going gets tougher. This is an old adage that my dad would always says to me whenever i am discourged or tired of everything. In life the more you advance, the more the road of life get rough and tough so it is not time to quit and end your goal pursue but a time to double your effort in achieving your vision.

Certainly, you have started moving to reach your goal and it seems obstacles arise to frustrate you, all you is to remain focus and increase your persistent and commitment level to meet the new challenges.

Remember staying focused ensures that you are always on the right path and be motivate by the end result you want to achieve that is what makes sure you will do anything and everything to reach the end of the path and arrive at your destination.

GOD bless you and do have a glorious day.

I remain your humble friend, Hello world, all glory be to GOD. This is my first post in 2018, i am happy to be back and better. Watchout for more..!

Here is my inspiration qoute for today some WINNERS just take longer to DEVELOP! why? because you are not yet on your own real track in life. Keep on trying… Dont ever allow the saying of people to determine the direction of your life. Many times we dance to the tune of what people called us neglilect the real us.

This remind  me of story of a man called “Sparky” When he was a little boy his uncle called him “Sparky”, after a comic-strip horse named Spark Plug. School was all but impossible for Sparky.

He failed every subject in the eighth grade. He flunked physics in high school, getting a grade of zero. He also flunked Latin, algebra and English. And his record in sports wasn’t any better. Though he did manage to make the school’s golf team, he promptly lost the only important match of the season. Oh, there was a consolation match; he lost that too.

Throughout his youth, Sparky was awkward socially. It wasn’t that the other students disliked him; it’s just that no one really cared all that much. In fact, Sparky was astonished if a classmate ever said hello to him outside of school hours. There’s no way to tell how he might have done at  He never once asked a help from other. He was too afraid of being turned down… or perhaps laughed at. Sparky was a loser. He, his classmates… everyone knew it. So he learned to live with it. He made up his mind early that if things were meant to work out, they would. Otherwise he would content himself with what appeared to be his inevitable mediocrity.

One thing WAS important to Sparky, however — drawing. He was proud of his artwork. No one else appreciated it. But that didn’t seem to matter to him. In his senior year of high school, he submitted some cartoons to the the yearbook. The editors rejected the concept. Despite this brush-off, Sparky was convinced of his ability. He even decided to become an artist.

So, after completing high school, Sparky wrote Walt Disney Studios. They asked for samples of his artwork. Despite careful preparation, it too was rejected. One more confirmation that he was a loser.

But Sparky still didn’t give up. Instead, he decided to tell his own life’s story in cartoons. The main character would be a little boy who symbolized the perpetual loser and chronic underachiever. You know him well. Because Sparky’s cartoon character went on to become a cultural phenomenon of sorts. People readily identified with this “lovable loser.” He reminded people of the painful and embarrassing moments from their own past, of their pain and their shared humanity. The character soon became famous worldwide: “Charlie Brown.” And Sparky, the boy whose many failures never kept him from trying, whose work was rejected again and again,… is the highly successful cartoonist Charles Schultz. His cartoon strip, “Peanuts,” continues to inspire books, T-shirts and Christmas specials, reminding us, as someone once commented, that life somehow finds a way for all of us, even the losers.

Sparky’s story reminds us of a very important principle in life. We all face difficulty and discouragement from time to time. We also have a choice in how we handle it. If we’re persistent, if we hold fast to our faith, if we continue to develop the unique talents God has given us, who knows what can happen? We may end up with an insight and an ability to inspire that comes only through hardship. In the end, there are no “losers” with God. Some winners just take longer to develop! dont give up on yourself.

do have a joyful day.

from your humble friend,

I am a creative director and a founder of apostlespeaks to help others to find strength in adversity and support others in attaining their highest possible vision for their own lives. A lover of God, a pastor at God's Power Evangelical Mission lagos branch, Nigeria. As a pastor teaching and practising biblical principles of God in other to fulfill God's origin purpose in life. Love to make impact and bring the best out of others.